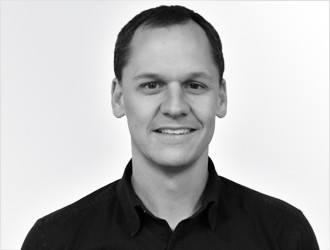 1. We don’t need to use scanning until there is a problem.

The opposite is actually true. You need to use laser scanning proactively at the very beginning of a project – even before RFP’s go out. By scanning early in the process, potential bidders can have more information to provide a more accurate proposal for their services. The less “unknowns” a subcontractor has, the less “fluff” or contingency they need to build into their proposal. In addition, potential issues can be uncovered long before the design is implemented in the field, potentially saving exponentially over the cost of scanning. Scanning can also reduce site visits and loss of production due to being in the field instead of working on design or other aspects of the project.

2. Scanning is too expensive.

In reality, it’s too expensive NOT to use laser scanning. It is true that the cost of laser scanning comes at the front end of a project instead of the end, but it can pay dividends. Scanning can help eliminate possible change orders and delays related to unknowns that could have been identified with scanning early in the design process, before changes become costly. All too often we hear clients say, “If only we would have used scanning on this project….” Unfortunately, hindsight’s 20/20. In other words, you never really know how much laser scanning would have saved you until it’s too late.

3. All point clouds are created equal.

Many factors determine the quality of the point cloud data, including the type of scanning equipment and workflow used; the Scan Technician’s expertise regarding knowing how many scans are appropriate, as well as where and what to scan; and the scanning resolution used.

4. The point cloud is useless.

On the contrary, the point cloud is a very rich and powerful tool and, in fact, can be a very cost-effective way of working with laser scanning. Since the point cloud contains everything the scanner was able to “see,” it is a more complete “picture” of the entire site; a model, on the other hand, only contains those items that are specifically modeled – and those are only an interpretation of the point cloud. The point cloud, however, is reality.

5. Modeling is too expensive.

It is true that a significant portion of the cost of scanning can be in the modeling, but it does not always have to be. One of the reasons this myth exists is because often times clients tell service providers that they want “everything” modeled when, in reality, they only need a small area or certain specific features modeled. For example, there is no reason to model every piece of steel in a building or every ½” pipe and conduit when the client may only need the steel of a particular platform or no conduit at all and only pipes that are greater than 2”. Some minor tweaks to the scope of the modeling can radically change the price of the modeling services.

6. You have to have a model in order to use the data.

In reality, most projects do not need a model. In fact, many deliverables--such as clash detection, floor flatness analysis, prefabrication, wall plumbness, and orthoimages--are actually extracted directly from the point cloud. In addition, some 2D drawings (floorplans, elevations, framing plans, reflective ceiling plans) can also use the point cloud directly instead of needing to do line work by plotting the point cloud directly on the drawing, and it can even be used for construction documents.