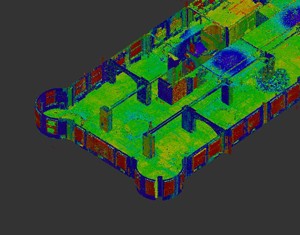 Challenge: The CM firm had concerns about several issues with a building renovation in Chicago's historical Central Loop Corridor. The building was built in 1883, so it has seen a lot of wear and has experienced much change over time. One issue the CM was concerned about was settlement issues due to new construction and changing transportation adjacencies throughout the decades. Another concern was project coordination with the architects' plan to build out a sky deck on the roof, a task requiring multiple tower cranes.

Solutions: TruePoint 3D surveyed the top three levels of the building (roof, mechanical attic, and top floor) as well as an additional floor. By collecting billions of measurements at such a quick rate (up to a million measurements per second) scan technicians were able to capture the precise positioning of the building's existing structure and architectural features. 3D laser scanning proves to be a quicker, more concise method of dimensioning and measuring, as opposed to traditional measuring techniques. Instead of taking weeks to measure 45,000+ sq. ft., scan technicians gathered the same information (and more!) in just three days. Saving time on site and obtaining accurate point cloud data allowed the client to 1.) cross-analyze the floor pitches and column alignments for settlement issues, 2.) evaluate column/roof alignments to verify historical preservation concerns with build-out plans, and 3.) document structural placements for roof penetration points for their crane operation planning in an expedited fashion—all in less time than it would have taken to traditionally measure the spaces! High Definition Scanning (HDS) expedites project coordination across construction disciplines, making collaboration between architects, engineers, and construction companies easier.

Added Value: In addition to resolving the client's initial concerns, TruePoint Laser Scanning also captured intricate architectural detailing (ornate stair railings, banisters, historic atriums, etc.) and existing MEP systems (piping, conduit, elevator hoist systems, etc.) for restorative, demolition, and clash detection purposes. In this "bonus" data was a water tank with California Redwood dating back to the 19th century. Thanks to HD scanning, the client will be able to salvage the antique architectural features of the building. Furthermore, in a modeling consultation with the client, TruePoint demonstrated working with the point cloud data. In this consultation, our team of architects and engineers explained working with the point cloud data in Recap, importing it into Autodesk Revit, and creating an effective BIM model from it.

If you have a historical preservation project, a building with settlement issues, or need as-built verifications for renovation work, contact TruePoint Laser Scanning at 312-448-1509 or chicago@truepointscanning.com to discuss your needs. 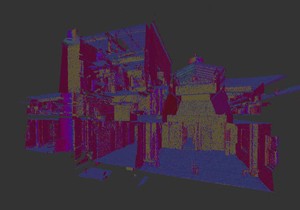 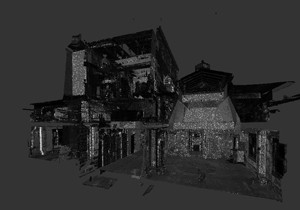 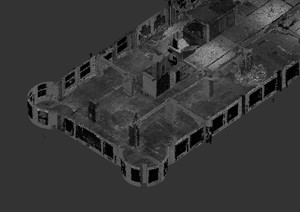 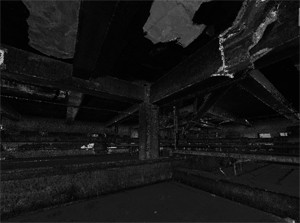