Task: To scan, measure, and document the architectural façade elements of the Wayne County Courthouse, located in downtown Wooster, before it underwent historical preservation.

Solutions: Multiple scans captured a million data points per second at various heights, angles and distances. Scans were then stitched together to produce a point cloud for “as-is” dimensioning and referencing, which ultimately was used to build a Revit 3D model of the neo-classical architectural façade. Additionally, scanning at various times of the day allowed cross-referencing of the sun’s orientation for proper light exposure when capturing photographs for the colorized TruViews.

Added Value: Scan technicians occupied the courthouse rooftop, as well as three neighboring rooftops, in order to acquire data at downward angles. This elevated procedure picked up intricate architectural detail on the 134’ clock tower, the mantels/sills of the tripartite building, and the detail of the roof pitches—all of which would otherwise not have been captured from ground level.

If you have a historical structure that needs to be documented for historical preservation or renovation needs, contact TruePoint Laser Scanning at 216-470-7262 or cleveland@truepointscanning.com. 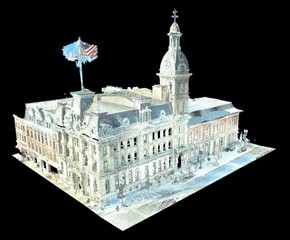 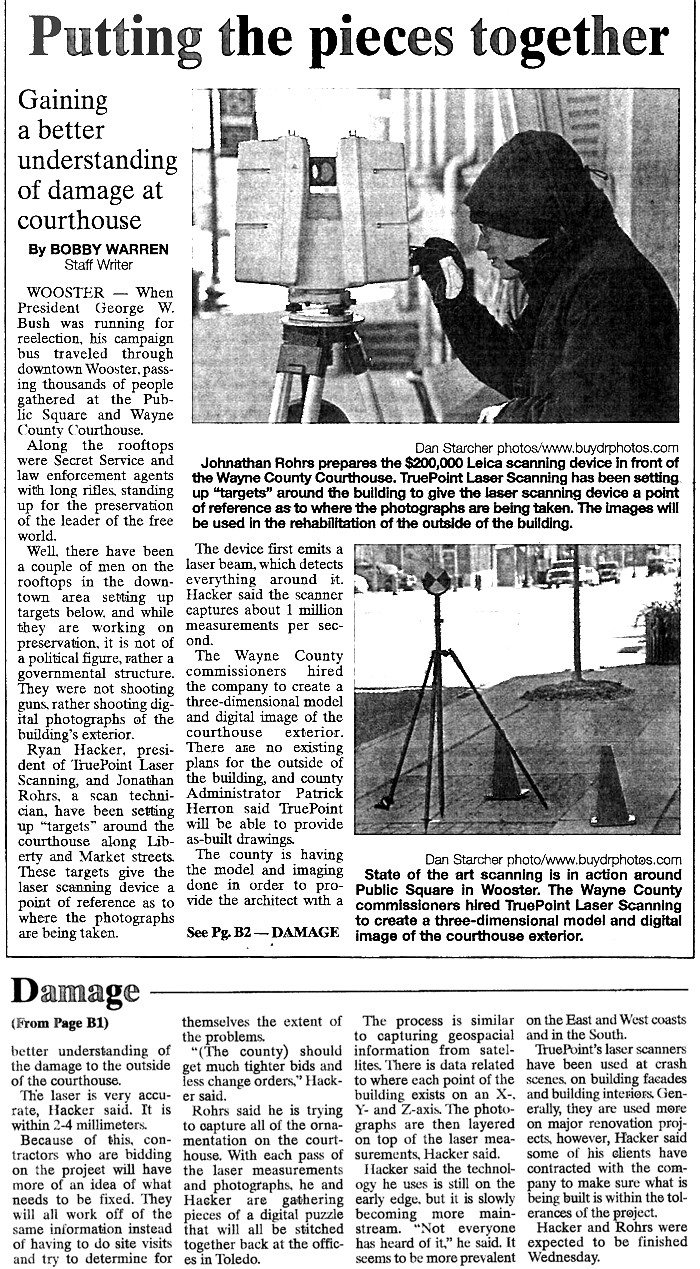 TruePoint featured in local newspaper, The Daily Record, on March 20, 2014 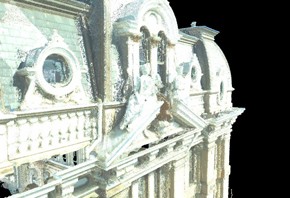 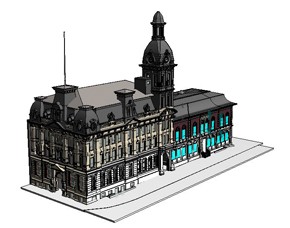 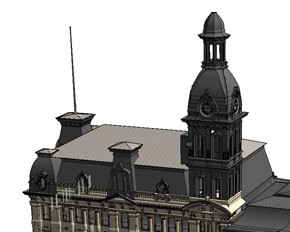