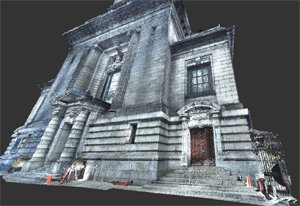 Task: To capture and model the exterior architectural and dimensional details of a historic church which has a variety of door and window openings, various levels of roofing, and a bell tower.

Challenge: There is limited access on two sides of the church due to the close proximity of the adjacent buildings. Additionally, the church is located directly across the street from a main entrance to Central Park, one of the most highly trafficked locations in New York City by both residents and visitors. Furthermore, the church also has multiple roof levels, not all of which are easily accessible but of which the data was critical to the client.

Solutions: TruePoint's technicians did a series of scans on the sidewalk from two sides of the church in order to capture details of the doors and windows up to the lower roof. This kept interference from foot traffic around the church to a minimum. They then moved across the street and did additional scans to capture as much of the upper roof and bell tower as possible from grade. These scans were done early on a Saturday morning when street traffic was lighter. The technicians also acquired access to an adjoining property where scaffolding was already in place, allowing them to scan the limited access sides. Being able to access multiple roof locations allowed them to piece together the scans and capture all the critical data required.

Deliverables: Deliverables included a point cloud file in the format of the client's choice, importable into AutoCAD; 2D elevations of the building's exterior; and a 3D model of the exterior of the building, which included features such as all window and door trim, stone copings, cornices, steeples, and pilasters, as well as the visible bell tower ornament. The client also requested a TruView package, a series of 260 photographs stitched together and overlaid on top of the point cloud data from each scan location.

Added Value: The client was particularly interested in the west side of the building, which had limited access as well as multiple roof levels. Our scan technicians were able to capture much of the required data safely from the ground, eliminating the added costs of manlifts, scaffolding, or cranes. The technicians were also able to set up on various locations on the roof and bell tower and tie the scans together in order to capture additional roof detail. Using laser scanning eliminated the potential inconvenience to pedestrians and church goers, as TruePoint was able to capture the data in a few days and did not need to close off sidewalks, streets, and entrances for any period of time. Without laser scanning, getting the accuracy and detail of such a structure would have been both costly and time consuming.

If you have a project where gathering the necessary field data is complex, costly, or time-consuming, consider the use of laser scanning, which is both efficient and effective. Call our Corporate Office today at 419-843-7226 to discuss your needs. 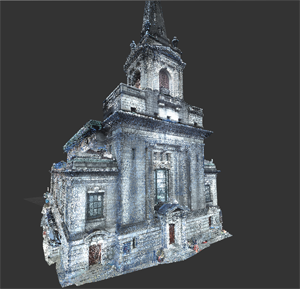 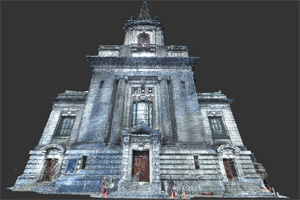 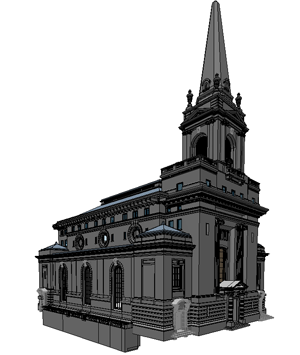 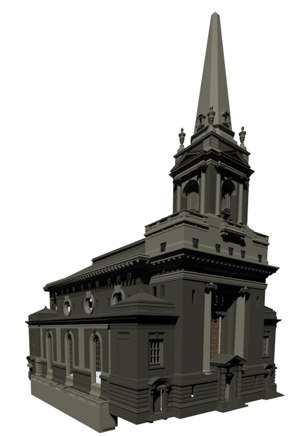 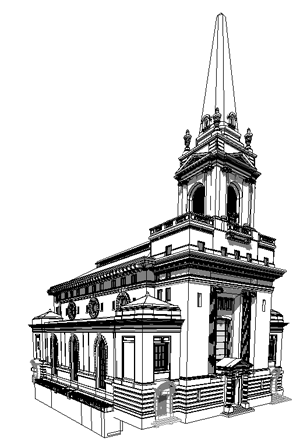