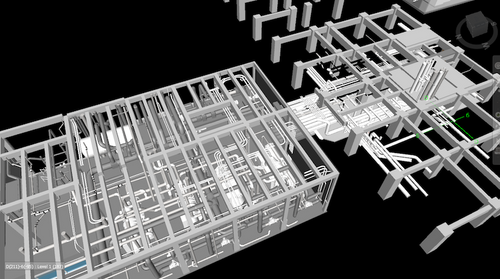 3D model screenshot of the chiller room and tunnel.

Task: 3D scanning services were performed for a 10-story office building, capturing existing above-ceiling interstitial HVAC systems on each floor, as well as mechanical rooms, chiller rooms, air handling unit rooms and a basement tunnel connecting the utility area to the office building. Over 240,000 square foot of space was laser scanned to document the as-is conditions. The client was upgrading the HVAC system and TruePoint developed a 3D model to aid the design process and reduce clashes.

Challenge: With the site being an active office building, it was critical that the required lidar scanning data was obtained with minimal interruptions. Accuracy was important and the space was vast, they needed complete documentation to plan for system upgrades, including above the acoustic tile that was to remain in place.

Solutions: Using the RTC360 and P40 Leica 3D laser scanners, a team of laser scan technicians 3D laser scanned the interstitial and mechanical space in the evenings to avoid interrupting the office work day. A laser scanner mounted to a tripod was extended above the ceiling tiles to capture the interstitial space. With the 3D laser scan data, the client can accurately verify the existing HVAC and mechanical equipment within the building without having to worry about positioning or measurement error. This enables them to design their new systems more accurately and efficiently.

Deliverable: TruePoint delivered point cloud data in .rcs file format usable in Autodesk products (Revit, AutoCAD, Navisworks, etc.) so the client can align and overlay the point cloud to their existing 3D Revit model to verify the location of large format ductwork located in the interstitial space. TruePoint also provided a 3D model of the mechanical rooms, chiller rooms, air handling unit rooms and basement tunnel. An LOD 100 model of the structural space and an LOD 300 of the MEP space was delivered to the client.

Added Value: TruePoint customizes deliverables for each client, so they are only paying for what they need. Also, upon completion of the HVAC system upgrade and prior to ceiling tiles being installed, TruePoint will re-mobilize to the site to capture the new as built conditions of the space for future reference.

View of the basement tunnel connecting the utility area to the office building. 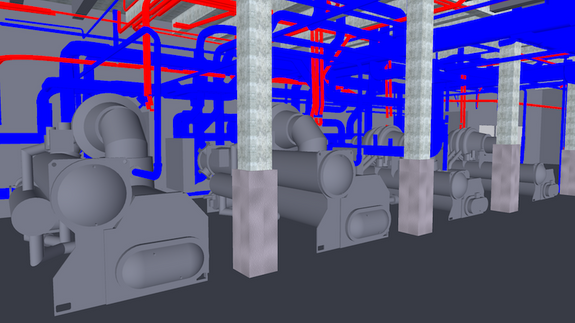 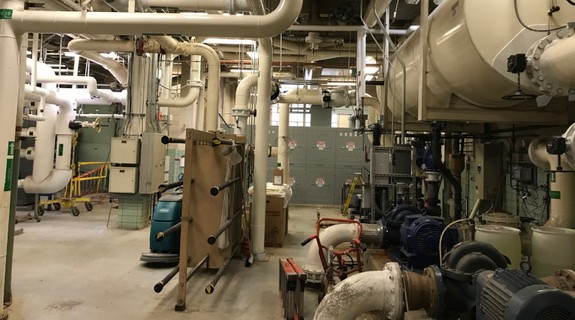 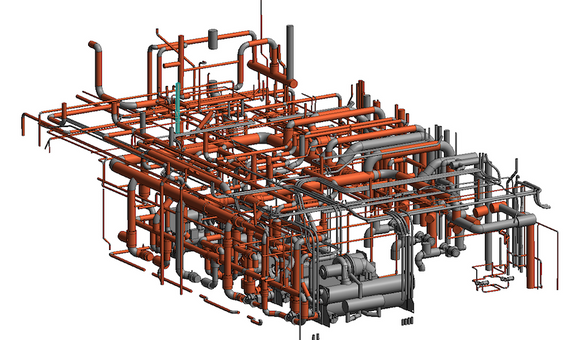 MEP detail of the chiller room.

3D BIM model of the valves and air handling unit. 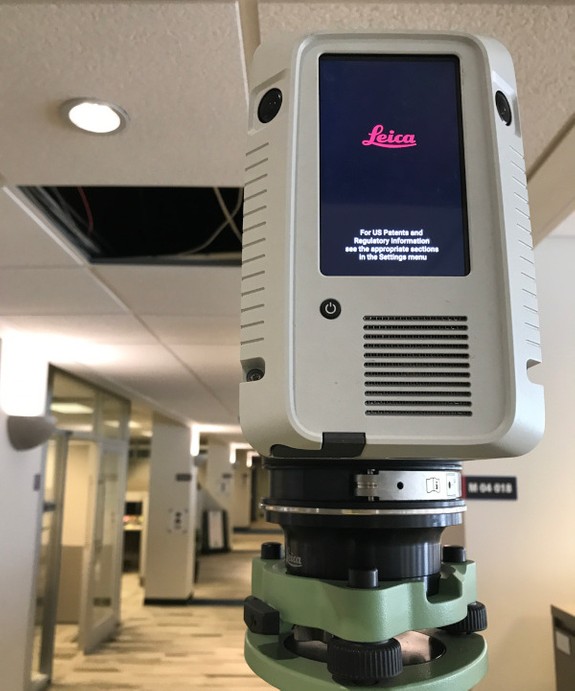 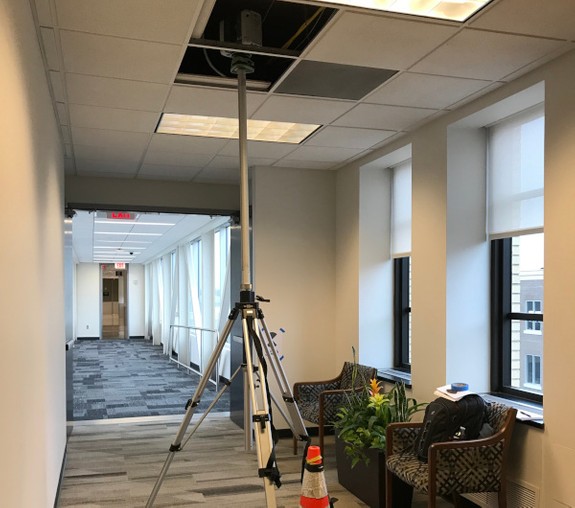 A 3D laser scanner mounted to a tripod was extended above the ceiling tiles to capture the interstitial space.