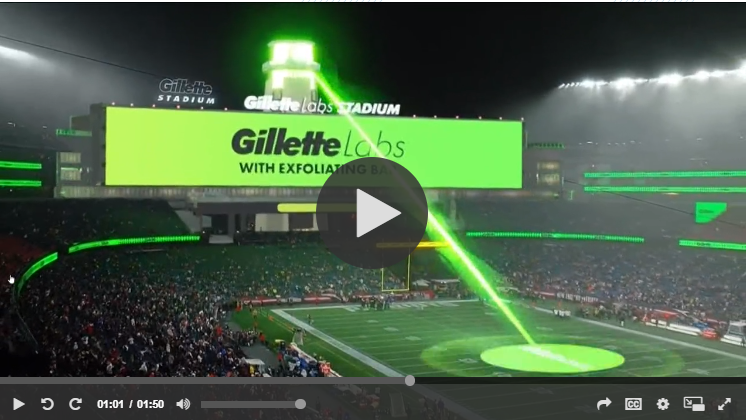 TruePoint Laser Scanning has Partnered with L.A. Company The Famous Group to Create 3D-Generated Graphics for Fans to Experience at Home and at the Sporting Events

TOLEDO, Ohio — Thanksgiving break calls for food, family and American football, and one local company wants to change the way advertisements come through the screen for fans at the game and home.

Ground Penetrating Radar Systems (GPRS) is headquartered in Toledo and works on a number of utility services. Through their TruePoint Laser Scanning division, they work primarily with construction. Their portfolio will now include work with the NFL.

The Famous Group and TruePoint have already worked on a handful of projects with the Baltimore Ravens and Caroline Panthers.

Just recently, the two companies partnered for the Patriots and Bears Game to create the first commercial ad experience for the Patriot's Gillette Stadium, which is also under renovation.

The projects can cost up to seven figures, so Beaumont says time is everything for clients. Sometimes, employees get only a few days to complete work. While speed is crucial, they also want to make sure the message is clear, too.

"We want to draw a certain message to this moment specific to the league," Beaumont continued. "We have all different kinds of people, so we have to work with that. What is the message?"

He also said while mixed reality will be a big part of the future advertising experiences, it is not all about the money or cool gimmicks. Instead, audiences want a good story.

"If you have a story, it doesn't matter how short it is. It'll go and it will look great, and it will really captivate the audience," Beaumont said.